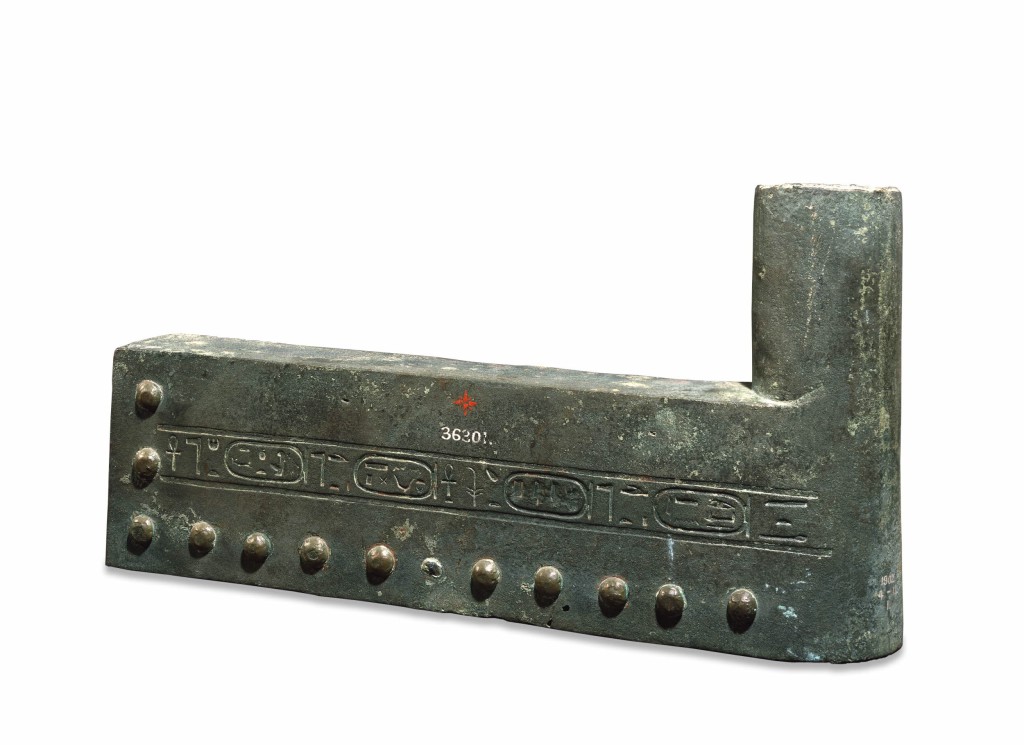 Bronze door hinge bearing the names of the Gods Wives of Amun Amenirdis I and Shepenwepet II, Photo: British Museum

Also during the 1916-17 season, the Peabody-Emerson’s partner the American millionaire Cyrus Vandergelt (a conscientious excavator perhaps created as a light side counterpart to Theodore Davis) discovers on the hillside above Deir el-Medina a Cache of the Royal Wives of Amun. During the Third Intermediate Period, when the land was often divided between north and south, these usually royal women were the ostensible rulers at Thebes. Sadly no such cache has ever been found, but there have been interesting tombs found above Deir el-Medina, such as that of the architect Kha.

The Royal Wives were certainly real, and finds attributed to them have been found in other places, such as this door hinge in bronze, bearing the names of the Gods Wives of Amun Amenirdis I and Shepenwepet II.

Object name: Bronze door hinge bearing the names of the Gods Wives of Amun Amenirdis I and Shepenwepet II

Provenance: From John Taylor of the British Museum: Purchased from the antiquities dealer Mohammed Mohassib. No provenance is given, and the hinge was among 215 miscellaneous antiquities of all periods, evidently bought as a group. 1902 is the date at which the acquisition was registered, but sometimes these registrations took place many months after the actual acquisition, so it is possible that Murch actually bought the objects in 1901.

From John Taylor: The acquisitions register in our departmental archives records that EA 36301 was purchased in 1902 from Mohammed Mohassib via Chauncey Murch (who regularly acted as Budge’s intermediary in these transactions).

Pope, Jeremy W., “The Double Kingdom Under Taharqo: Studies in the History of Kush and Egypt”, p 230.